Our research group investigates how West African societies have attempted to increase their political and economic sovereignty with a particular focus on the interaction between governments, finance and labor. 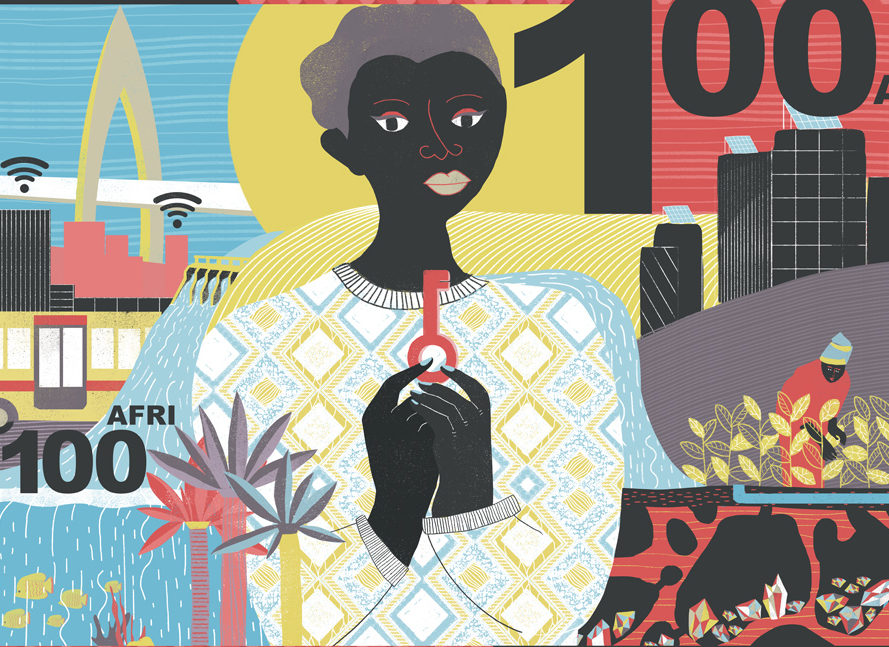 The research group led by Dr. habil. Kai Koddenbrock, investigates historically and in comparative fashion how West African societies have attempted to increase their political and economic sovereignty with a particular focus on the interaction between governments, finance and labor. The group will attempt to find out historically how most West African countries became exporters of only one or two commodities with the help of foreign capital and military force. In the second step we will focus on how postcolonial, newly independent governments have attempted to move away from this with the help of domestic resources, the creation of public and private banks, foreign debt and, most recently, stronger relations to China since independence. Increasing economic complexity, diversifying the economy and thus to reduce dependencies on the world market have been perennial pursuits but have often failed. The Covid crisis has put this into stark relief, again. How can we explain recurrent debt crises and the difficulties in moving away from raw commodity export dependency? Which role do global and domestic social relations play and what does that mean for the state in West Africa? To find answers to these questions we investigate the role of colonial legacies and the various attempts by governments to increase national self-determination through public policies to arrive at a nuanced picture of what can be done in the current global political economy.

Over forty years after the formal end of colonialism, suffocating ties to Western financial systems continue to prevent African countries from achieving any meaningful monetary sovereignty. Economic and Monetary Sovereignty in 21st Century Africa traces the recent history of African monetary and financial dependencies, looking at the ways African nations are resisting colonial legacies. Using a comparative, multi-disciplinary approach, the book uncovers what went wrong after the Pan-African approaches that defined the early stages of independence, and how most African economies fell into the firm grip of the IMF, World Bank, and the EU’s strict neoliberal policies.

The collection is the first to offer a wide-ranging, comparative and historical look at how African societies have attempted to increase their policy influence and move beyond neoliberal orthodoxy and US-dollar dependency. Economic and Monetary Sovereignty in 21st Century Africa is essential reading for anyone interested in the African quest for self-determination in a turbulent world of recurring economic and financial crisis.

Click Here for Open Access​
November 2021: Isaac Abotebuno Akolgo spoke at the University of Leeds on the Struggle for Economic Sovereignty in Africa

In this recent talk at the University of Leeds seminar on Finance and Neocolonialism in Africa, Isaac Abotebuno Akolgo discussed historical and contemporary forms of finance-based capitalist exploitation in Africa. From structural adjustment to the boom of Chinese lending and the spread of fintechs, he argued that neo-colonial finance, more than anything else, has frustrated African development and kept the continent indebt.

November 2021: Carla Coburger has published a Book on Theories of Capitalism with Hans-Juergen Bieling and Patrick Klösel

The recently published book bridges the gap between classical and more recent conceptions of political economy and discusses their explanatory power and practical relevance. It deals with the driving forces and dynamics of capitalist development, the crises and causes of economic instability, the significance of interests and discourses, power and domination relations, and forms of political-institutional regulation.

July 2021: Kai Koddenbrock was interviewed on US Dollar Hegemony for a Radio Feature at BR

The BR produced a radio program that dealt with the dollar as the world’s leading currency. For the USA, this is a very comfortable situation. For example, they can enforce de facto US boycotts worldwide. Hardly any state or large company can afford to be cut off from the dollar-based financial system. 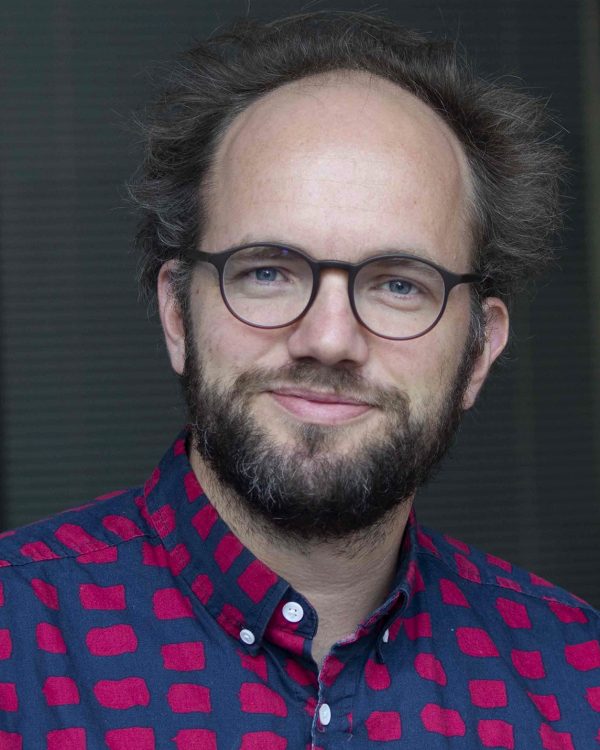 Kai Koddenbrock is a political economist (Dr. phil. University of Bremen, Habilitation Goethe-University Frankfurt). He works on colonial and contemporary finance in the field of postcolonial International Political Economy. He has published a monograph on The practice of humanitarian intervention in Democratic Republic of Congo and recently co-edited volumes on Monetary and Economic Sovereignty in 21st century Africa (with Maha Ben Gahda, Fadhel Kaboub, Ines Mahmoud and Ndongo Samba Sylla) as well as Capital Claims: The power of finance in the 21st century (forthcoming with Benjamin Braun) 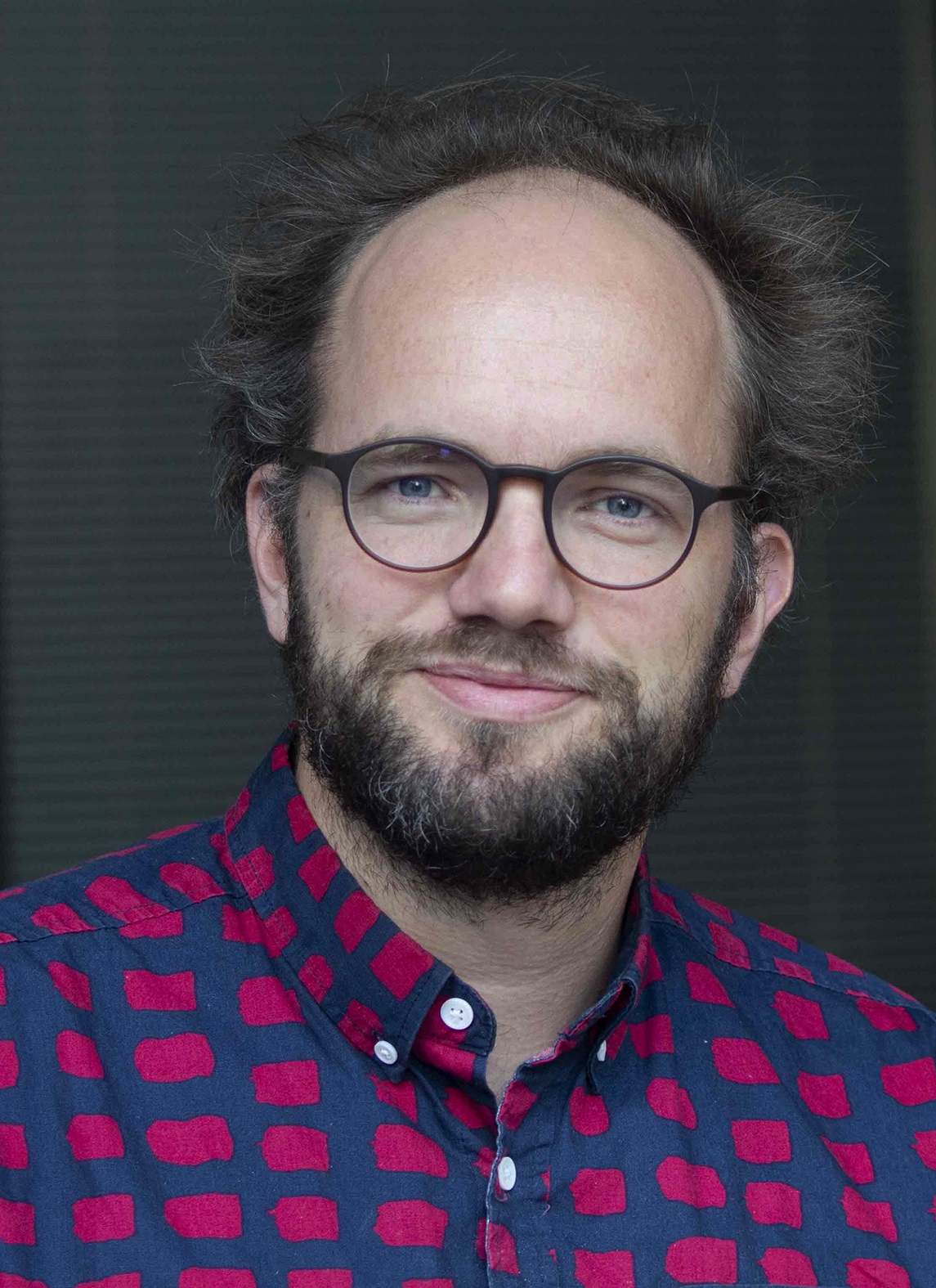 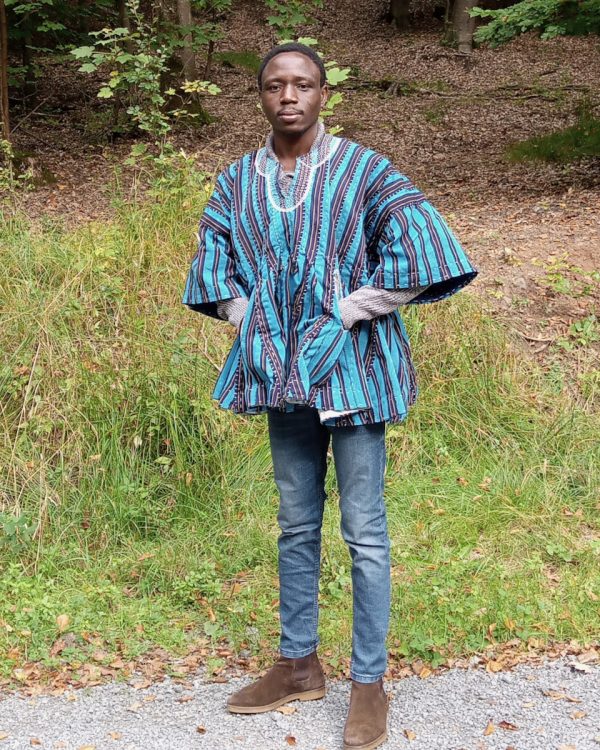 The research of Isaac Abotebuni Akolgo uses incorporated comparison and stratification economics to understand how global financial structures and domestic socio-political forces constraint Ghanaian governmental policy space and the distributive effect of monetary policy respectively. Focusing more on the post 2001 HIPC debt relief, he attempts to understand how extractivism, neoliberal capitalism and the emergence of China sustains, aggravates and perpetuates Ghana’s economic and monetary dependence on the global north. 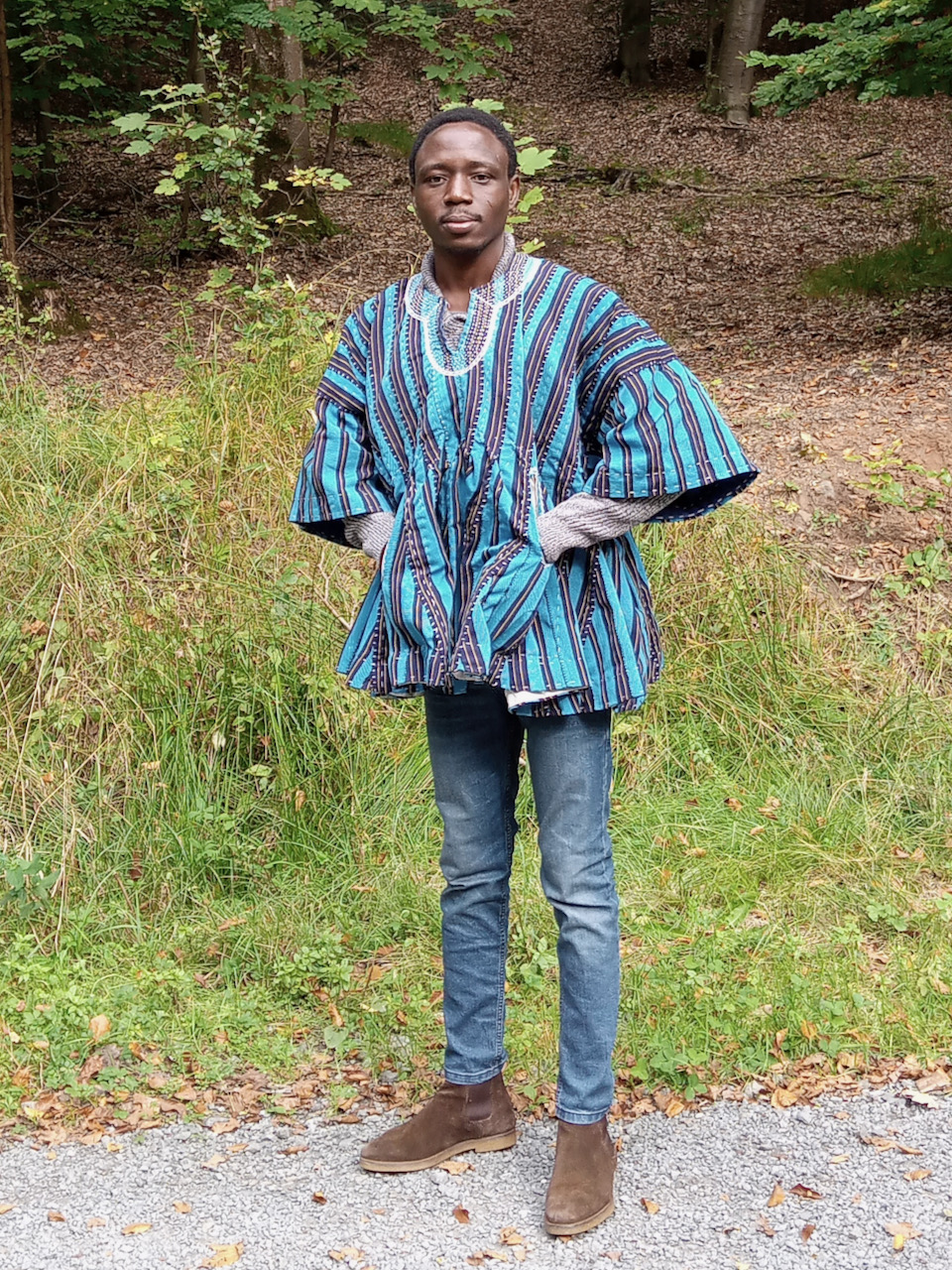 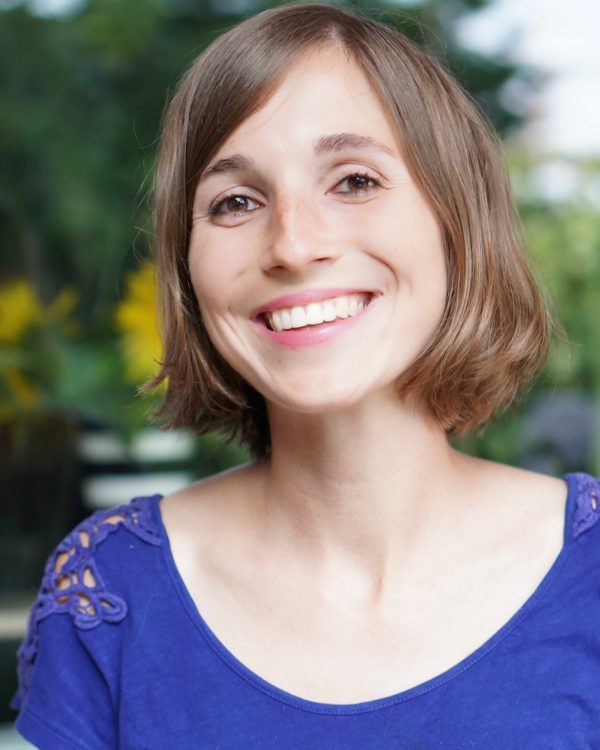 Caroline Cornier is a French-German researcher and a member of the junior research group ‘Monetary Sovereignty in West Africa’ led by Kai Koddenbrock. Her research in this group concerns finance and monetary policy in the Franc CFA Monetary Zone and specifically in Ivory Coast. Caroline received her MSc. from Sciences Po Paris and wrote her thesis on the economic and political impact of collective land rights for Afrocolombian communities in the Colombian Pacific region. In her free time, Caroline likes to play saxophone, take photos and travel. 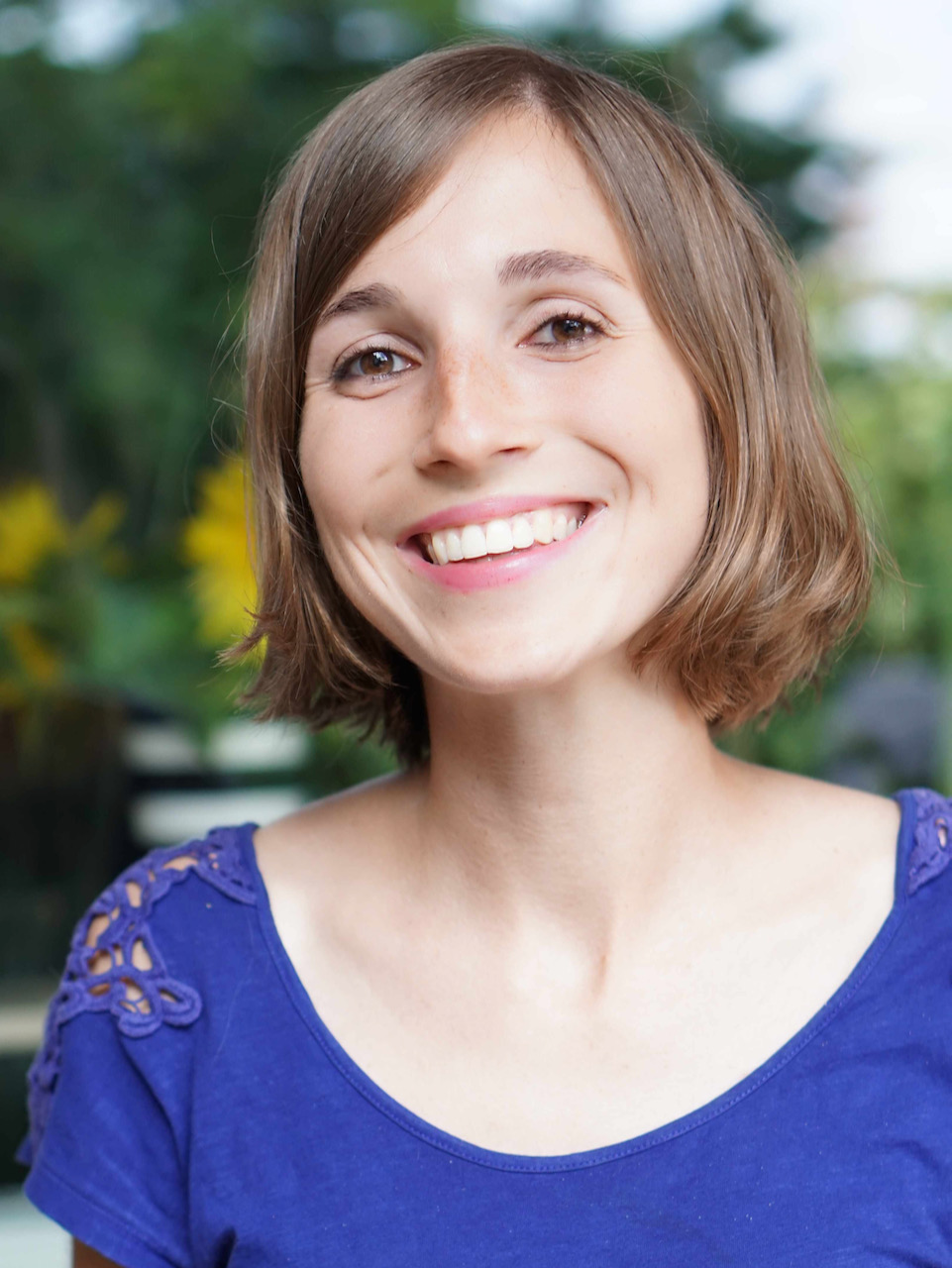 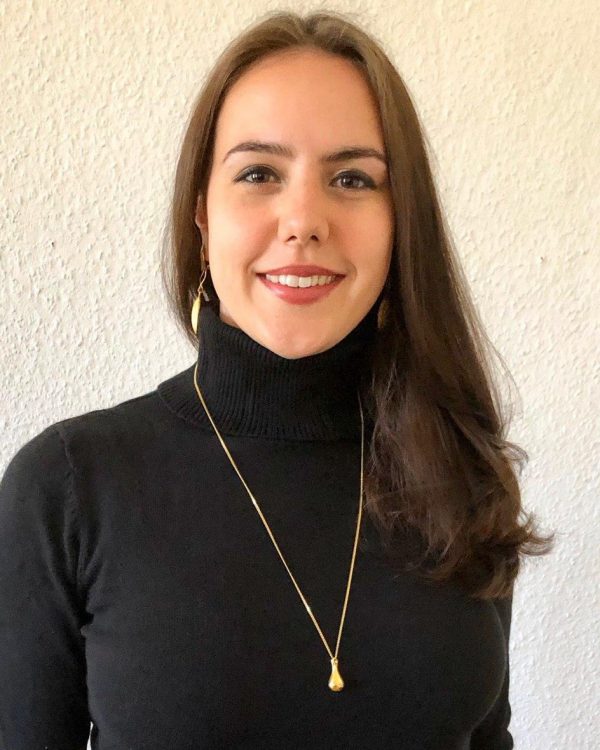 Carla Coburger is trained in economics and a research associate at the junior research group on ‘Economic and Monetary Sovereignty in West Africa’. She studied International economics in Tübingen, Germany (BSc) and Economics (MSc) at SOAS, London and worked at Rebuilding Macroeconomics at NIESR, London. Her research is mainly concerned with monetary and financial systems and their impact on domestic economic development, industrialization and capability accumulation. She is passionate about philosophy of economics, particularly the performativity of data collection, and complexity economics. 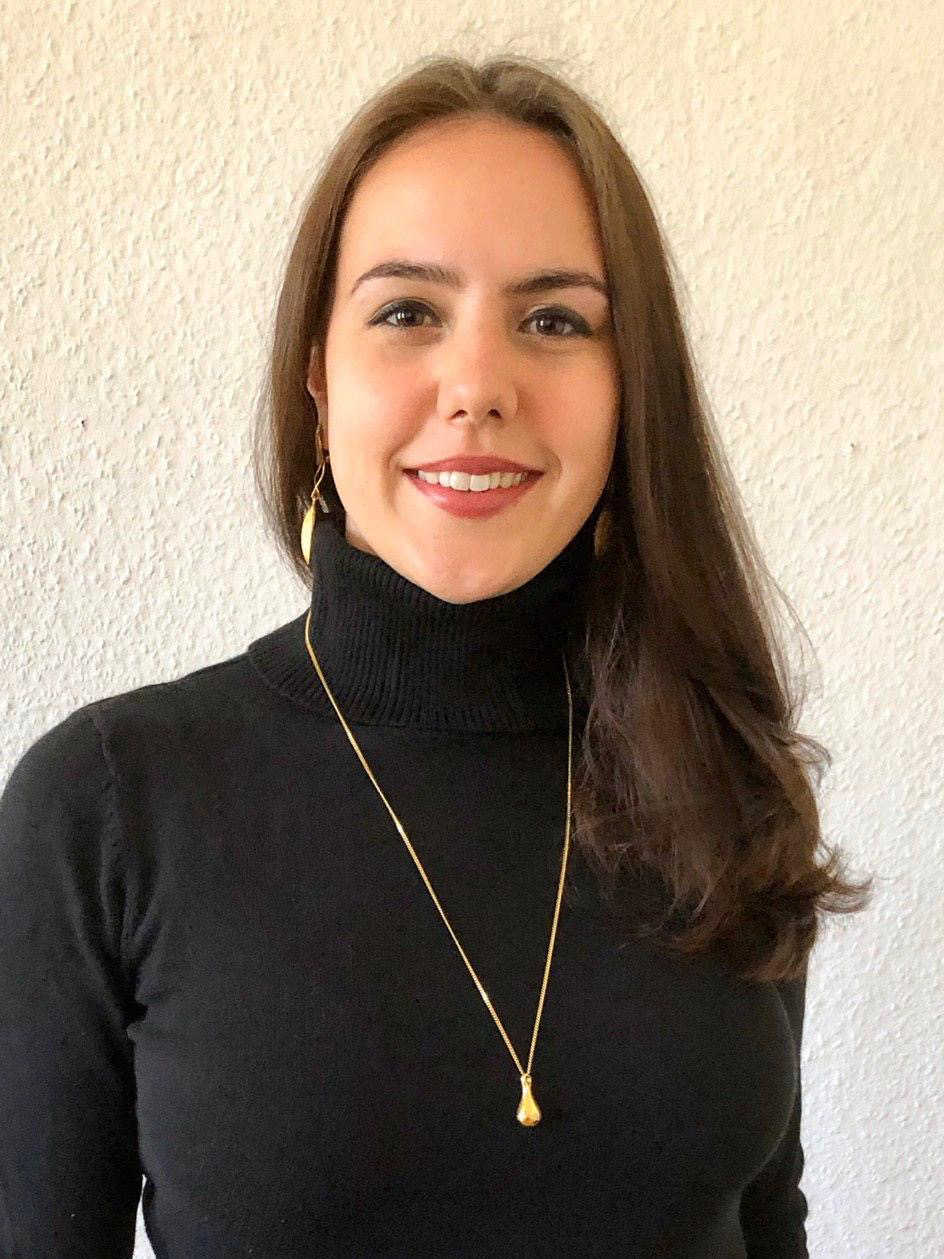 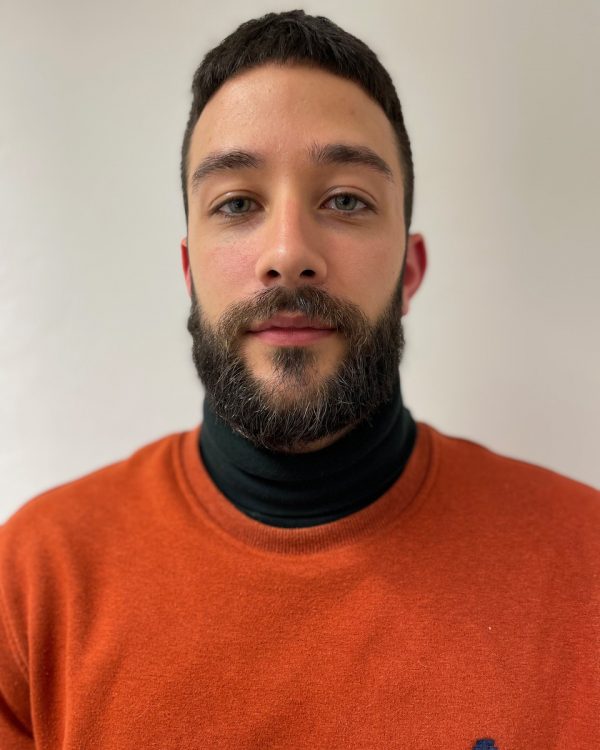 Hanna Estephan Eid is a Palestinian-American researcher and a member of the junior research group ‘Monetary Sovereignty in West Africa’ led by Kai Koddenbrock. His research in this group concerns finance and monetary policy in Ghana and Nigeria. Hanna received his MSc. from Glasgow University and wrote his thesis on how imperialism shaped the PPE market during the beginning months of the Covid-19 pandemic. In his free time, Hanna plays judo, goes hiking and takes film photography. 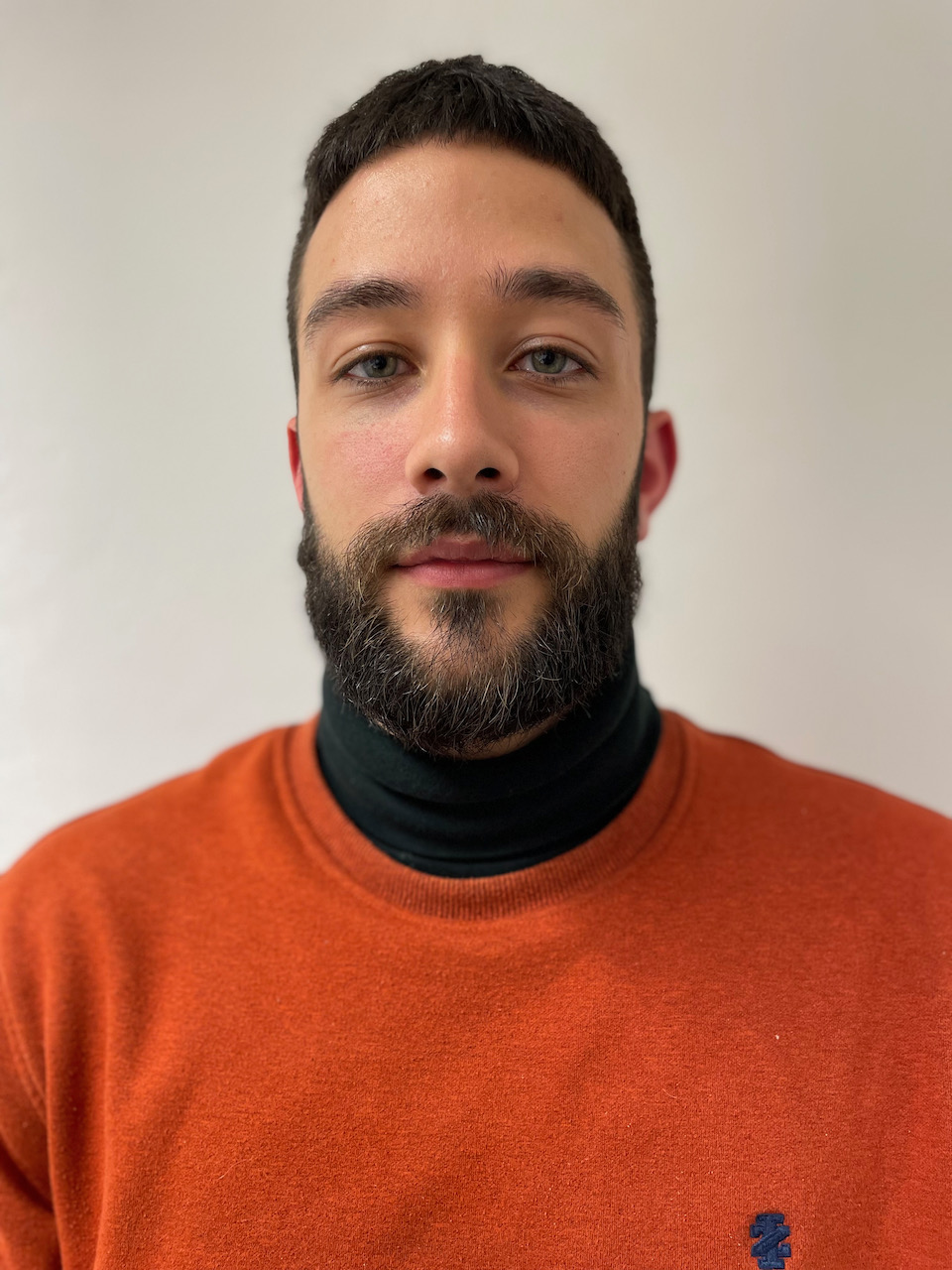 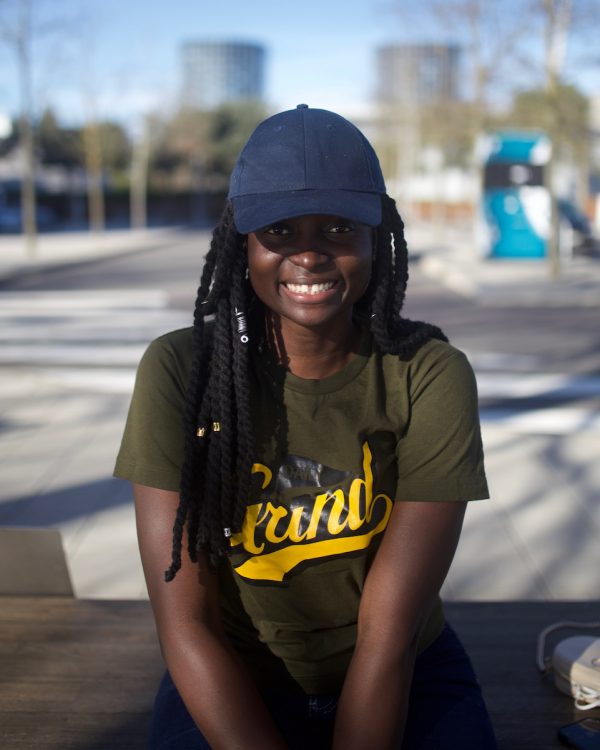 Fawziyya Issah is a Ghanaian studying a master’s in development studies with a specialization in Sociology and Politics at the University of Bayreuth. She acquired her bachelor’s degree in Development studies with a focus on Development Communication from the University for Development Studies in Ghana. She is a student assistant for the Junior Research team led by Dr. Kai Koddenbrock. She has experience working with policy foundations in Africa, media houses and non-governmental organizations focused on deprived people in Africa. Her free time is spent with friends and family on picnics, hikes and simple noisy hangouts. 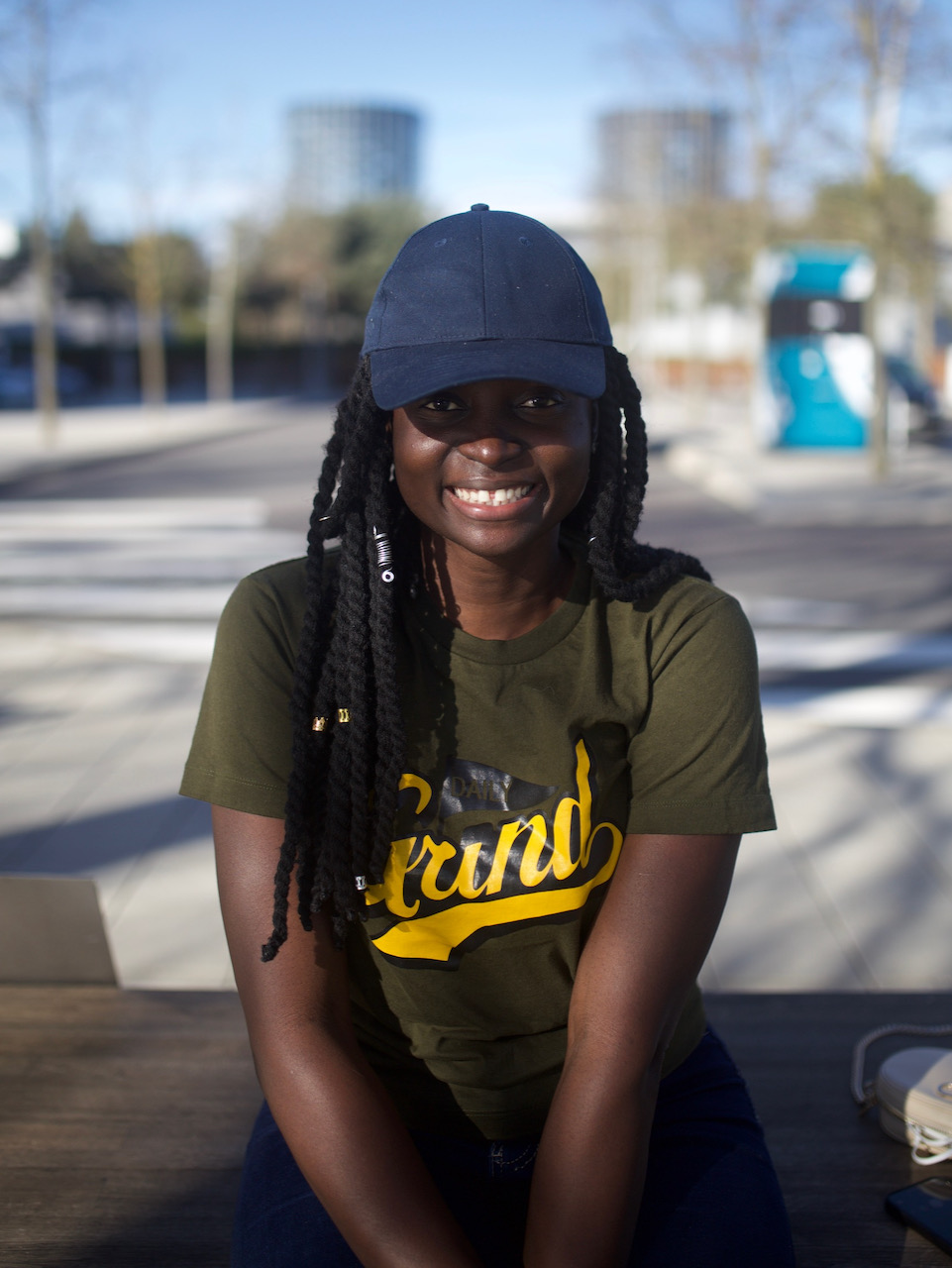 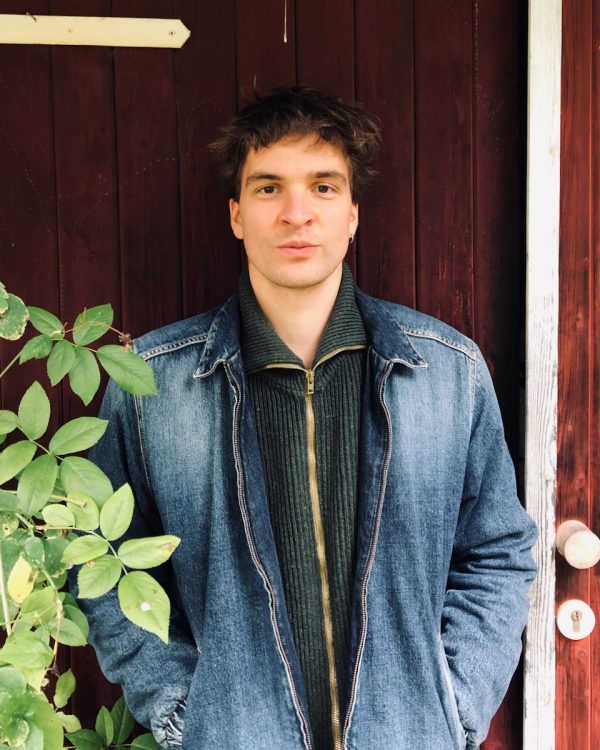 Felix Birkner supports the research project as a student assistant. His tasks range from the collection of quantitative and qualitative data to the analysis of data and the maintenance of the website. He is studying social sciences at the Humboldt University in Berlin and is working on questions concerning the political economy of finance, the study of inequality and political theory. 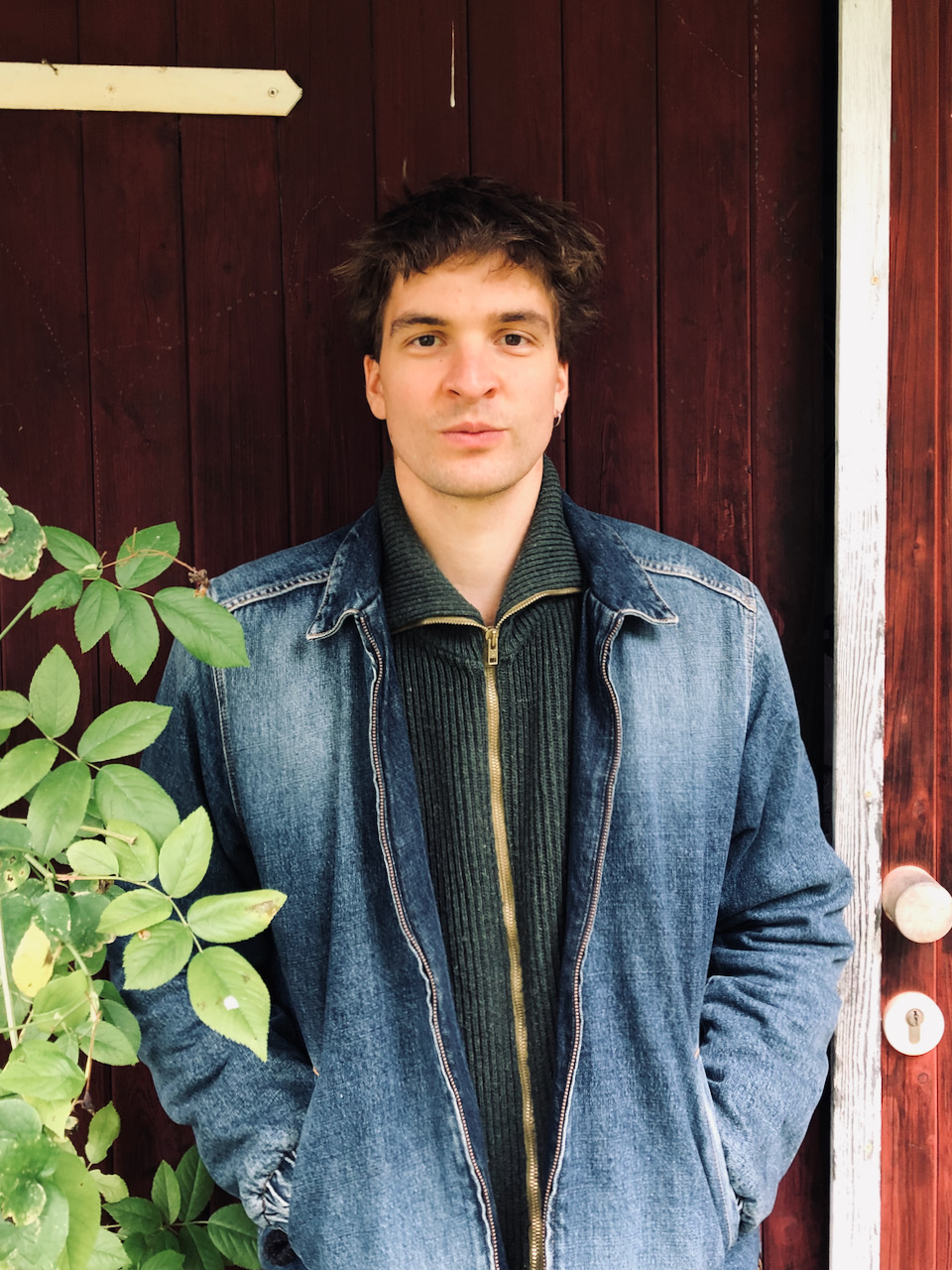 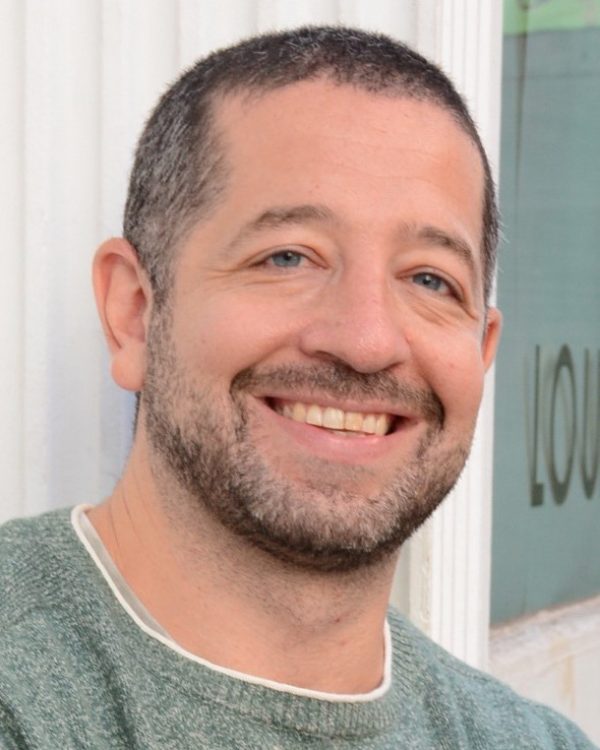 Max Ajl is a postdoctoral fellow at the Rural Sociology Group at Wageningen University and an associated researcher at the Tunisian Observatory for Food Sovereignty and the Environment. He is an associate editor at Agrarian South. His book, A People’s Green New Deal, was published in 2021 with Pluto Press. 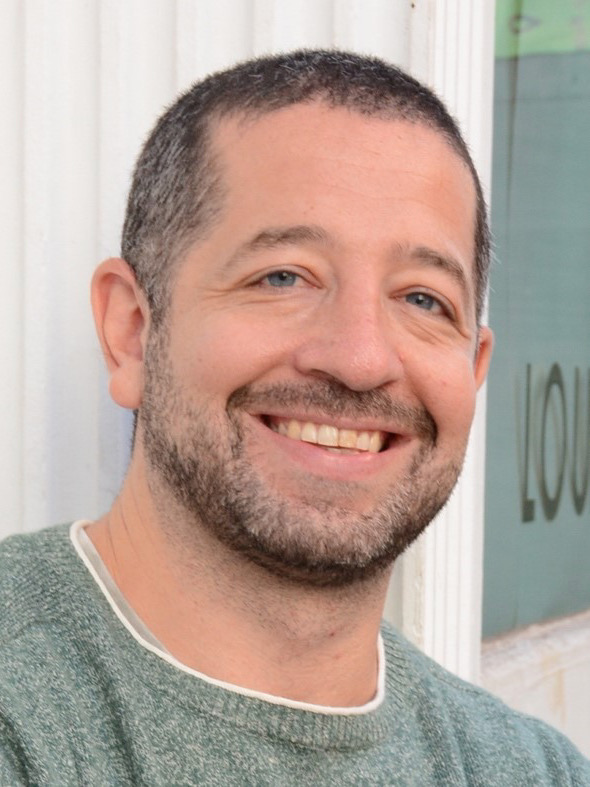 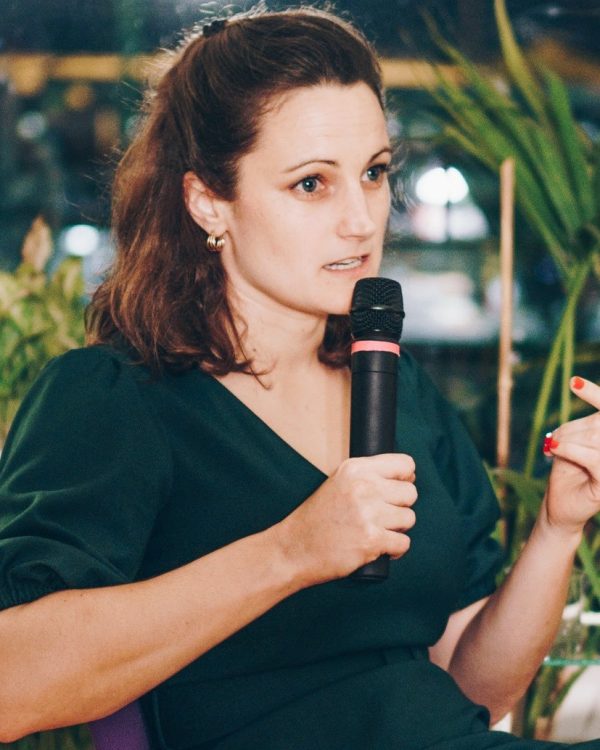 Ingrid Harvold Kvangraven is a Lecturer in the Department of International Development, King’s College, London. Her research is broadly centered on the role of finance in development, structural explanations for global inequalities, the political economy of development, and critically assessing the economics field. She is also Founder and Editor of the blog Developing Economics, Founder and Steering Group member of Diversifying and Decolonising Economics (D-Econ), and Coordinator of the Association for Heterodox Economics. She holds a PhD in Economics from The New School. 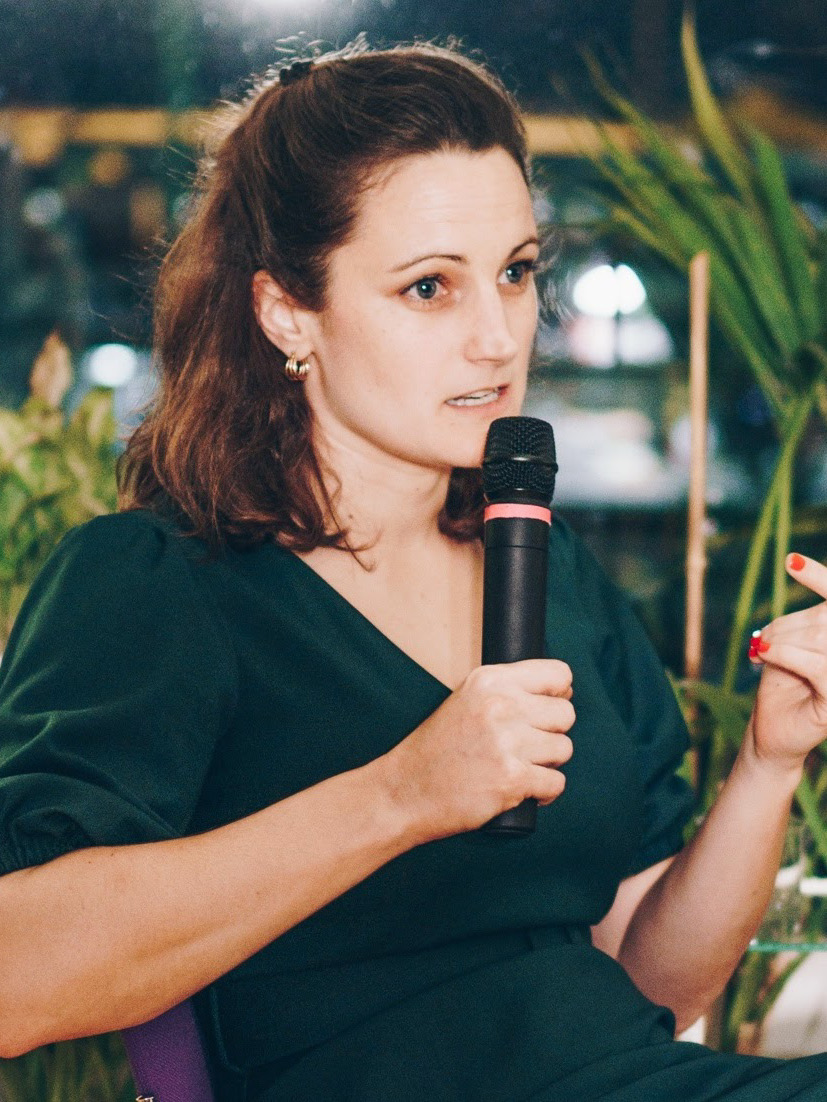 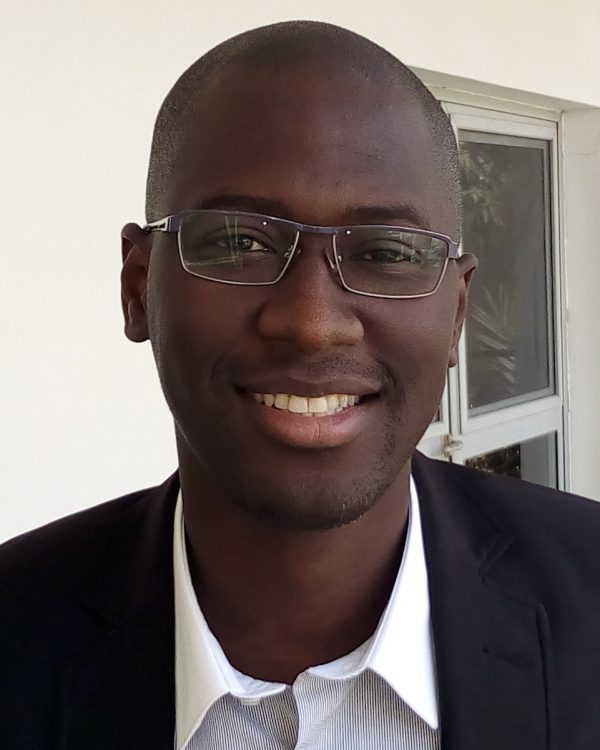 Ndongo Samba Sylla is a Senegalese development economist. He has previously worked as a technical advisor at the Presidency of the Republic of Senegal and  is currently a research and programme manager at the West Africa office of the Rosa Luxemburg Foundation (Dakar). His publications cover topics such as Fair trade, labour markets in developing countries, social movements, democratic theory, economic and monetary sovereignty. He authored The Fair Trade Scandal. Marketing Poverty to Benefit the Rich (Pluto Press & Ohio University Press, 2014). He coauthored Africa’s Last Colonial Currency. The CFA Franc Story, (Pluto Press, 2021). He coedited Economic and Monetary Sovereignty for 21st century Africa (Pluto Press, 2021). Dr. Sylla is co-founder of CORA (Collective for the Renewal of Africa). His works have been regularly cited in the international press. 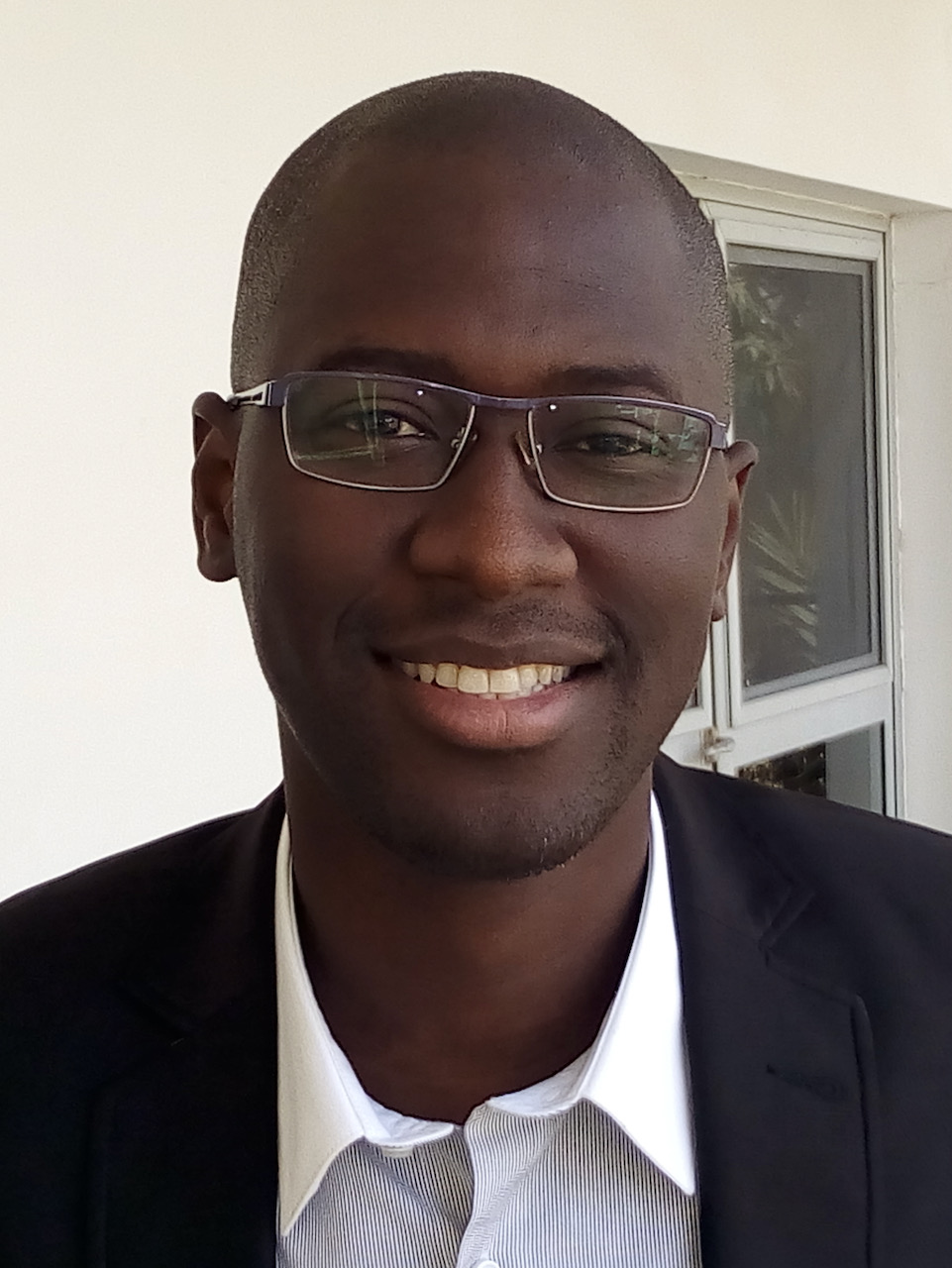